The Autumn Statement: What businesses need to know about the budget 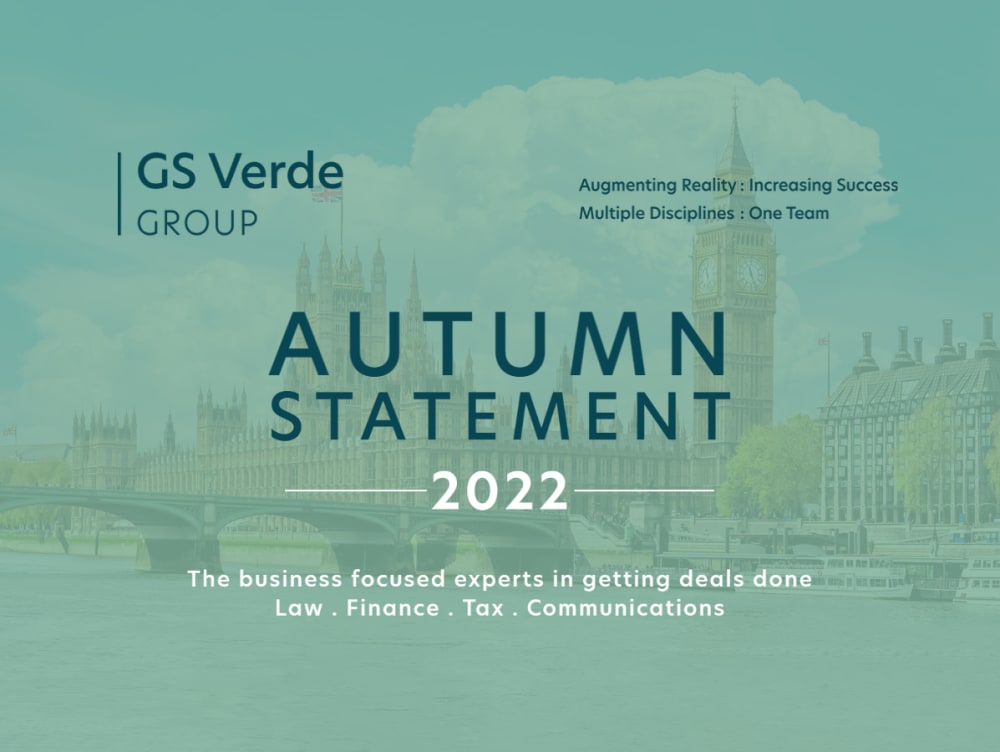 The government has today revealed the details of the Autumn Statement, outlining the budget and changes to various tax aspects for individuals and corporations. This follows the amended Mini Budget last month, the details of which can be read here.

Here are the considerations from today's Autumn Statement announced by Chancellor Jeremy Hunt:

R&D Tax Relief
The deduction rate of R&D Tax Relief available to SMEs has been cut to 86% and the credit rate to 10%, but the rate of the separate R&D expenditure credit has risen from 13% to 20%.

Stamp Duty
Stamp duty cuts announced in the mini-budget will remain in place but only until 31st March 2025.

Windfall Tax
The energy industry will be dealt an expanded windfall tax of 35% up from 25%. Oil and gas companies' tax will increase from 65% to 75% of profits on UK operations, until March 2028 - extended from December 2025.

There will also be a 40% tax on profits of older renewable and nuclear electricity generation.

Motoring Tax
The Chancellor has announced electric vehicles will no longer be exempt from Vehicle Excise Duty from April 2025. Electric car BIK will also be increased.

Employment Allowance
The allowance, which permits to small businesses with an Employer National Insurance bill below £100,000, will remain at a maximum reduction of £5,000.

VAT
The VAT threshold will remain at the current level until March 2026.

Fleur Riggs, Head of Specialist Tax at GS Verde Tax, said: "With the number of changes to fiscal and tax policies in recent months, we at GS Verde are more aware than ever that businesses need expert guidance and support in these matters.

"Being prepared for these updates to come into effect is vital. As Tax specialists, we advise clients on what these changes mean for their businesses, helping them to make the most of the reliefs available and operate as efficiently as possible in line with the current policies."

Talk to our team about the Autumn Statement and how it affects your business: hello@gsverde.group.

Combining legal, tax, finance, and communications, the GS Verde Group are the business-focused experts in getting deals done.