Mini budget update: a guide to the policy changes 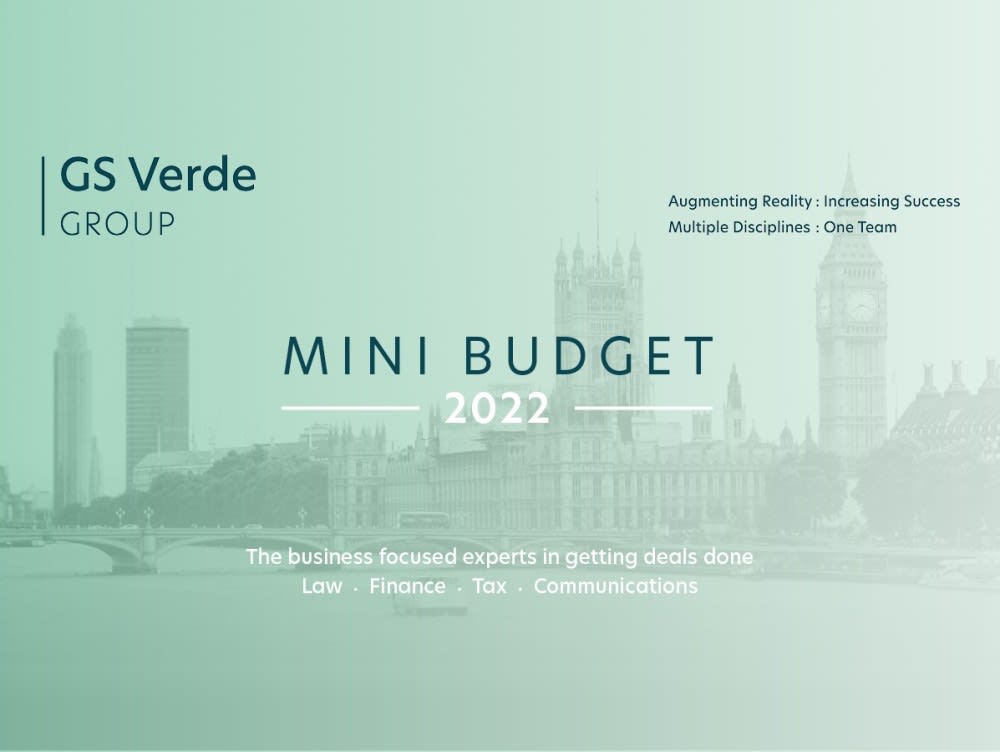 The government has today announced changes to the mini budget previously set out at the end of September. Here are the key updates as announced by the new Chancellor Jeremy Hunt.

Changes from the mini budget:

Corporation Tax
Corporation Tax will increase from 19% to 25%, in line with the previously scheduled raise. The mini budget originally planned to cancel this.

IR35
Off payroll working rules, or IR35, were due to be simplified. However, as of today the reforms of recent years will not be repealed.

VAT-Free Shopping
The plans to introduce VAT-free shopping for overseas visitors have been scrapped.

Alcohol Duty Rates
Scheduled increases in the duty rates for alcohol will go ahead, rather than be cancelled as per September's mini budget.

Income Tax
The basic rate of income tax will remain at 20%, rather than being cut to 19%. The planned removal of 45% for high earners has been reversed.

Dividend Tax Rates
Plans to cut the dividend tax rates have been cancelled; these will remain at the current rates.

Unchanged announcements from the mini budget:

Annual Investment Allowance
In September it was announced that this will not fall as previously planned, and instead will remain permanently at £1m. The new Chancellor did not change this policy.

SEIS/EIS/VCT/EMI Limits
The Enterprise Investment Scheme (EIS) and Venture Capital Trusts (VCT) will be extended beyond 2025, while the limits on the SEED Investment Scheme (SEIS) and company share option plans will increase. This has not been changed amongst the wider reversals of policies.

Investment Zones
Over 40 new investment zones will be created, with tax breaks to encourage business development and investment. This has not been changed from the original mini budget.

Fleur Riggs, Head of Specialist Tax at GS Verde Tax, said: "Many people have likely found these changes hard to keep track of. As part of the wider Group, GS Verde Tax help businesses make sense of the tax and fiscal policies in place.

"We provide ongoing support to companies; navigating these changes and providing guidance on how to optimise their operations within current tax policies and reliefs available.

Talk to our team about the changes and how they affect your business: hello@gsverde.group.

Combining legal, tax, finance, and communications, the GS Verde Group are the business-focused experts in getting deals done.