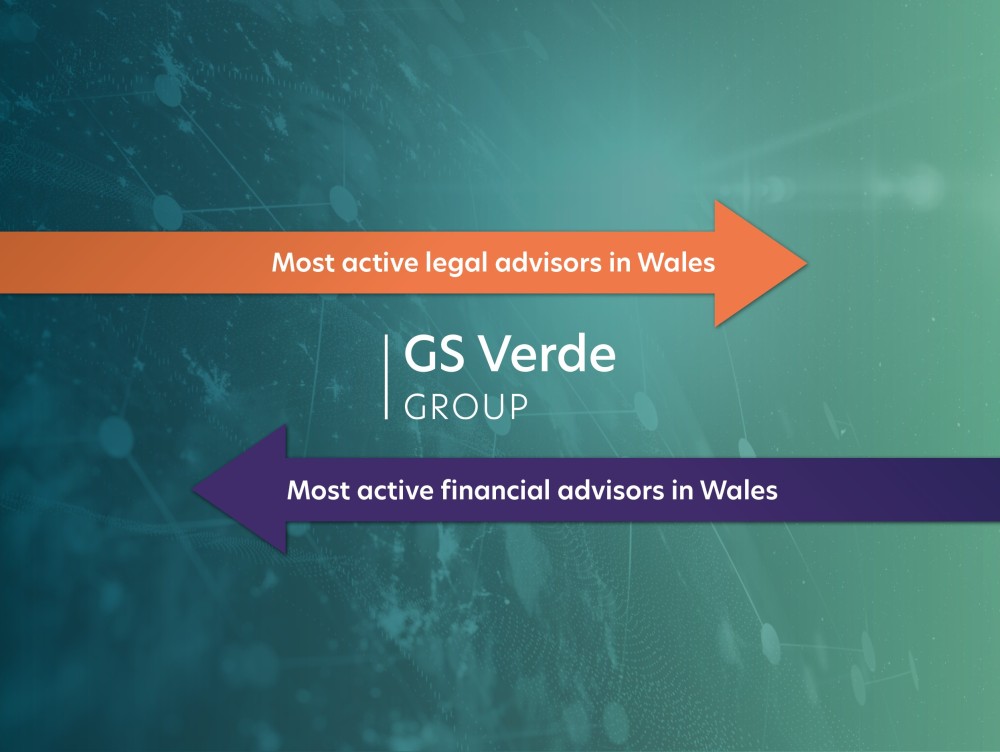 The GS Verde Group has been named most active legal advisors and most active financial advisors in mergers and acquisitions, securing top spots in the Experian Market IQ report in the opening quarter of the year.

In doing so, GS Verde has become the first and only firm in Wales to rank first in both categories, continuing its unique trend of offering a multidiscipline approach to corporate transactions.

The Group advised on the highest volume of transactions throughout the quarter, including supporting Educ8 training on the successful completion of an Employee Ownership Trust whereby its staff now own the majority shareholding of the business.

Nigel Greenaway, GS Verde Group CEO, said: "Our team has continued to work at an elevated pace, as demand for our unique holistic dealmaking approach soars.

"We are delighted to see the Group perform so highly in these rankings and improve upon our already impressive results of 2021."

This achievement follows GS Verde notably being the only advisory team in Wales to rank in both Experian IQ dealmaking disciplines in the 2021 summary, ranking first and second.

With deal activity thriving, the opening quarter of the year has also seen the Group expand at both its Cardiff headquarters, and its Bristol location, more than doubling its capacity in the South West.

The Group also announced certification of its carbon-neutral status, and a comprehensive action plan to achieve the UN Gold Standard.

Mr Greenaway continued: "GS Verde's consistent presence at the top of these rankings is a real indication of the success of our distinct end-to-end services.

"Our team has grown significantly in the last year, and with a pipeline of deals and expected progress on our acquisitive buy and build strategy, the business is set for its best year of trading to date."

The GS Verde Group are business focused experts in getting deals done. The group combines multiple disciplines including law, tax, finance and communications, to provide end-to-end support as a complete advisory team.