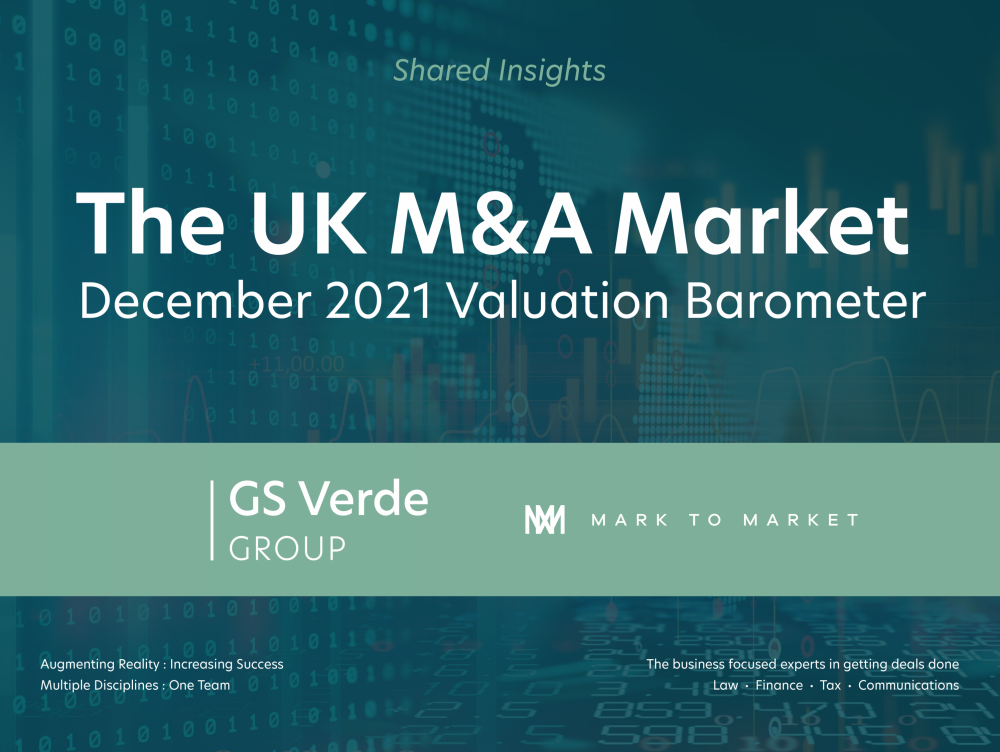 Deal volumes dropped slightly in November, with 396 deals recorded, although this is expected to surpass 400 as more transactions are uncovered during the coming period. This preliminary total compares with the 434 deals recorded in October. Overall this year, the monthly deal count has remained around 400, bar March when over 700 deals were tallied.

Combining data from their own platform and other sources, MarktoMarket estimates the value of deals completed and announced in November 2021. The data platform calculated that M&A deals valued at a total of £17.1 billion were executed or announced during the month of November. This compares to a prior month total of £9.9 billion.

Deals multiples for November have been split into two categories: Completed and Announced M&A Transactions, and Minority Deals -acquisitions of minority stakes in private companies announced (secondary shares only).

To put changes in valuations into some context, compare the mean and median deal sizes in November 2021 against October 2021 (October deal sizes are bracketed):

The largest transaction recorded in November was the €4.5B on acquisition of a consumer goods company's tea business by a PE firm. Other significant transactions included the £1.49B acquisition of a subscription-based direct investing platform, and the purchase of a UK business office and location provider firm by a German business for £245M.

As dealmaking specialists, the GS Verde Group has advised on several deals during this period, including the seven-figure acquisition of garden machinery e-commerce business Mowers-Online.co.uk by serial entrepreneur developing a buy and build growth strategy and the transfer of Aber Electronics to Creo Medical Group for a fixed cash consideration, plus a contingent consideration over three years.

2021 has seen increased M&A activity at unparalleled levels. As the end of the year approaches, the GS Verde Group expects this pace to continue and even hasten in the UK as businesses embrace the challenges posed by Covid-19, having already adapted to new trends, often on short notice.

With thanks to MarktoMarket for providing data and analysis.

Whether you are buying a business, selling a business, or raising funding, the need for expert advice is essential. Contact the GS Verde Group for more information.