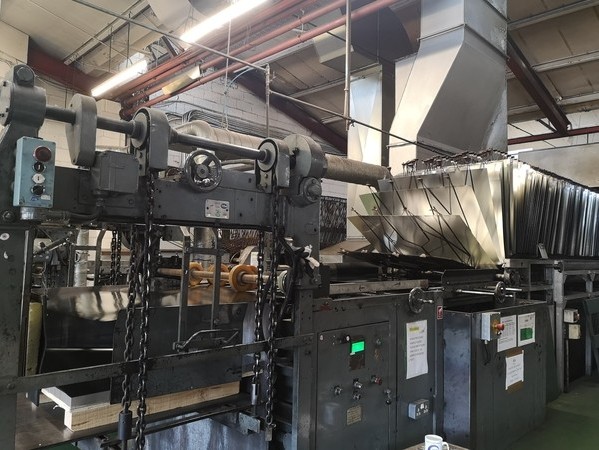 Cwmbran based Cyril Luff (Metal Decorators) Limited, one of the UK's main trade metal printing businesses, has been sold to a new management team led by James Hill and Celine Hanley-Hill. The new owners have plans to expand the business following the buy-out by the new management team, in a deal which was advised on by specialist mergers and acquisition advisory business GS Verde Group.

Cyril Luff is an international supplier of decorated tinplate and aluminium sheets. The business was originally established in 1979 by Peter Luff, Arthur Williams and Paul Phillips.

On the completion of the sale, outgoing Director, Paul Phillips said: "I have been involved with the company since its inception over 40 years ago and seen it grow to be one of the main independent trade metal printing companies in the UK. It would not have been possible to achieve this without the support of the loyal employees, customers, and suppliers who I would also like to thank. We would also like to thank the very professional team at Greenaway Scott together with our accountants Phil Bessant Ltd, who helped us through the negotiations".

GS Verde Group is a multidiscipline advisory business that specialises in advice on mergers and acquisitions. The Group provides corporate finance and legal services. The legal team at Greenaway Scott was recently rated the most active M&A advisors in Wales by Experian and advised the sellers during the process.

"The GS Verde Group was delighted to have the opportunity to assist the sellers with this matter. We look forward to watching the new management team build on the successes of Paul and his team, and also send our best wishes to Paul for an enjoyable retirement!".

The new owners of the business are James Hill, who is also a Director of Newport based Jaga Brothers Transport, and wife Celine Hanley-Hill. Mr Hill said:

"We are delighted to have successfully taken ownership of Cyril Luff. We are extremely proud of everyone that has been involved within the business for over 40 years, and we are excited for the future ahead."

Mr Hill, who has had a long connection with the business added:

"We are friends with the Luff family, who actually employed me at the company nearly 20 years ago. The way the world is going, with huge emphasis on cutting back on plastic usage, we anticipate demand for our metal printing services." He added: "Lastly we would like to thank the outgoing directors and shareholders for their continued support and wish them a happy and fulfilling retirement".

Paul Phillips returned the sentiment to the new owners, adding:

"We wish the new Directors of Cyril Luff Metal Decorators, James & Celine Hill, all the very best for the future and hope that they have the luck that they deserve".

In addition to GS Verde Group, Phil Bessant accountants advised the sellers, while Aldermore and Twomlows Solicitors acted for the purchasers.